Building My Own Dog

For a while now I have been thinking of creating my own robotics project based on Raspberry PI and Arduino. Even though my day job is in software engineering, my undergraduate degree was in electrical engineering and I don’t get to use those skills as much as I would like. I wanted this project to be a platform for autonomous robotic software experiments when it is complete. I also wanted to make something that had some elements of interesting external design. There are too many robots that are just a collection of components bolted together without any thought to how they look, aesthetically  . Since I am also a Doctor Who fan, I thought of K9. 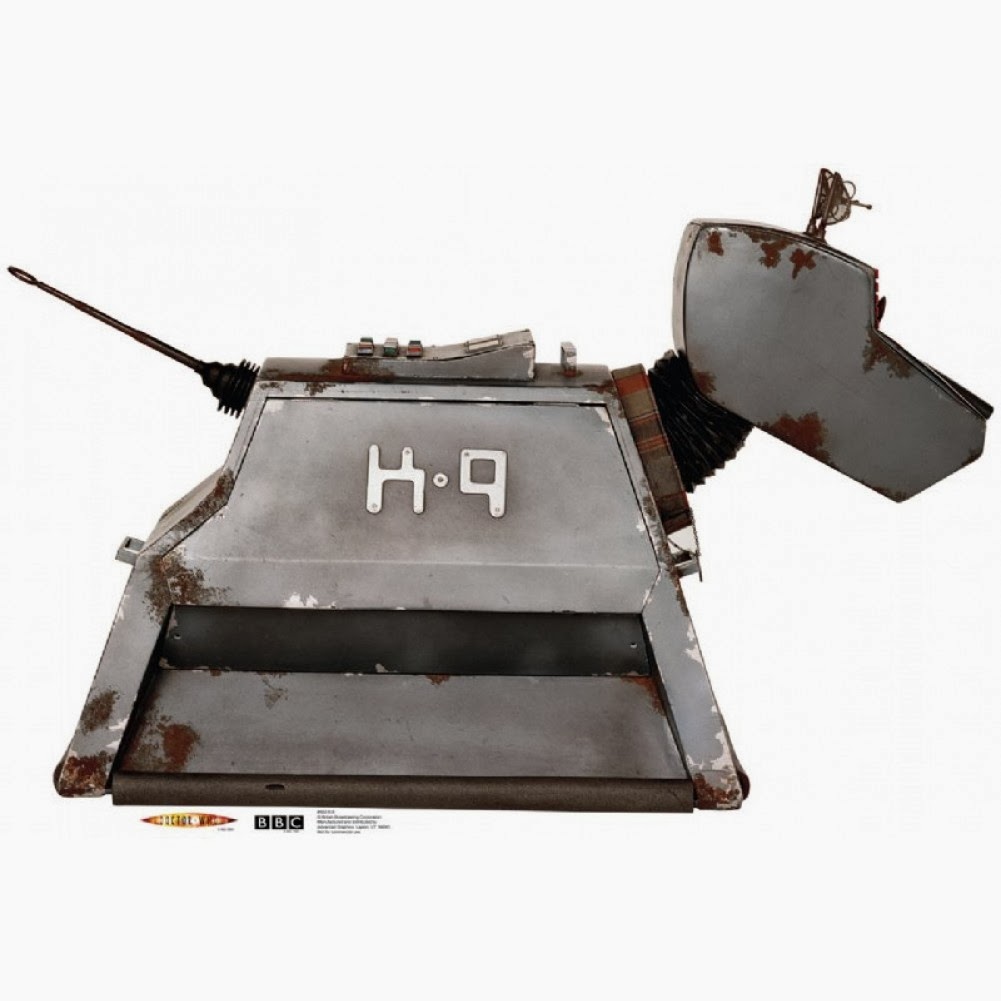 He is strictly cutting edge 70’s technology on the outside but he was also a wheeled base platform with enough room inside for multiple control system projects which fit the bill perfectly.

It turned out I was not the first person to build one of these, at least as an accurate show prop. There is a K9 builder’s club with the details of many other people’s efforts in building K9 shells over the years. This site includes tons of construction examples and tips. Another useful project site for construction of an, in this case radio controlled, K9 prop can be found at Instructables . This site also had copies of accurate plans for constructing the shell. I will try to make the shell as accurate as possible while still allowing it to be functional as a real world robot. 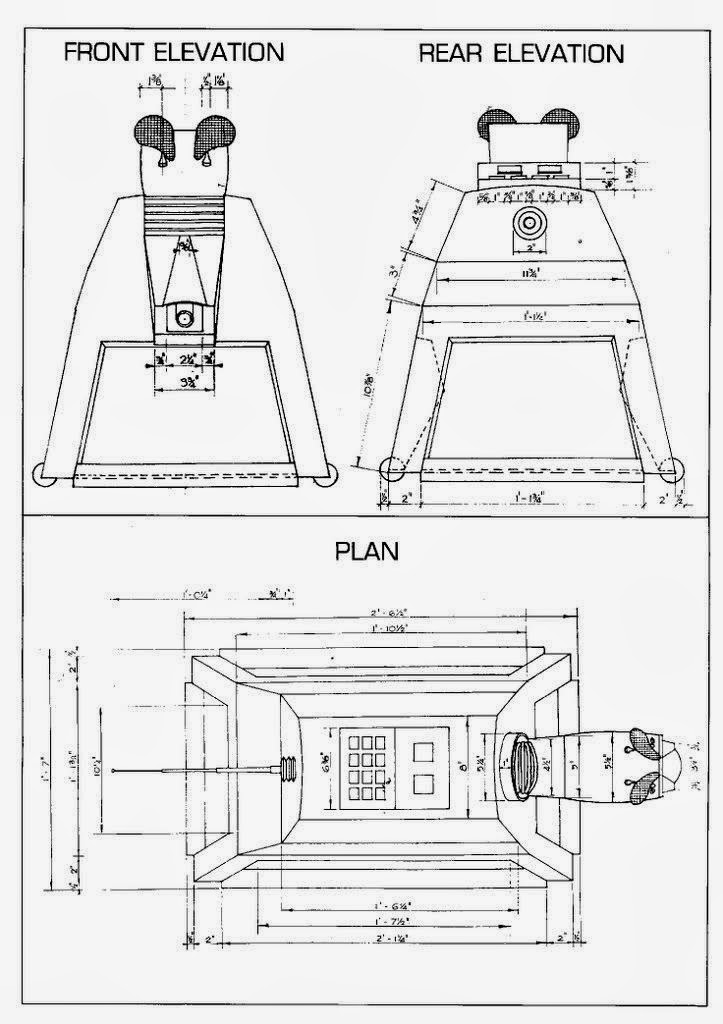 With all this help in the construction of a K9 shell all the remained was the planning of the components to place inside to create, essentially, a roaming unix box on wheels. Each of the moving parts on the external shell would require its own servo motor. These moving parts include the ears, nose and tail. The head itself also moves but it will require a heavier duty motor than the standard RC hobby servos I have on hand.

Taking a tip from the Instructables project, the main drive motors will be cannibalized from two electric scooters. These scooters will also provide lead-acid batteries to act as a power source. These batteries may not be enough to allow for extended operation and I may have to add additional batteries before I am done.

It will take at least two Arduinos to manage this set for motors. These Arduinos will also be used to collect data from the ultrasonic range sensor and to control the keyboard and LCD display located on the back of the robot.

Two Arduinos are not enough to provide a meaningful software platform for autonomous movement, multimedia playback, internet access, or to drive the RGB display on the side of the robot. This requires a Raspberry PI. The PI will act as the real brain of the robot. It will access the Arduino data over its USB bus, process it and then issue orders back to the Arduinos to control motion and manage its keyboard and displays. This may or may not be fast enough to be practical and I will keep you posted when I have verified that this can work.

This is a project I am working on in my spare time. I estimate it will take about three years to complete and I have already been working on it in my spare time for about a year. I slowly acquire skills and parts I need as I go along and each system I get working is a small win that will hopefully build into both a fun robotic platform and a showpiece of science fiction anachronism/history.


I intend to post updates here documenting my progress, the materials I use and the solutions I find as I progress through this project. Each step gets me a little closer to completing the project and it feels really good to produce something physical instead of virtual like software. I have included a few pictures of the construction of the outer shell to get things started.
Miter

Here is a shot over a year old of the entire shell constructed out of cardboard to test out the plans I got from Instructables. I learned a lot by fitting the cardboard pieces together that helped me later when I would be working in wood. 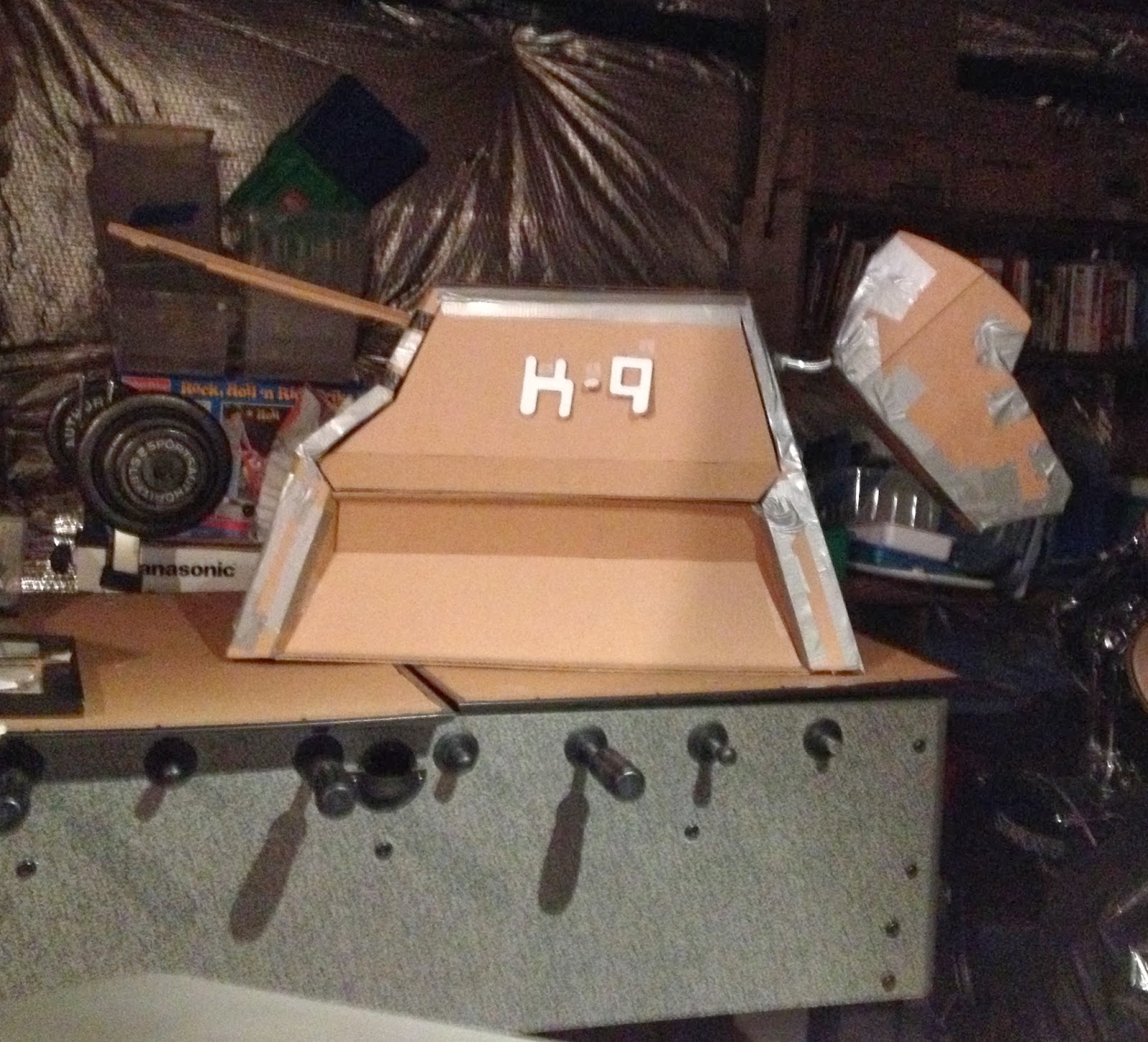 (It is sitting on my foosball table)

Next came the slow process of cutting similar pieces out of MDF board. I really am learning woodworking as I go. This was done only with the tools I had on hand which where a Scroll Saw and a Miter Saw. I don't have an extensive workshop and these are not the optimal tools for the job but they did the trick. Here they are. 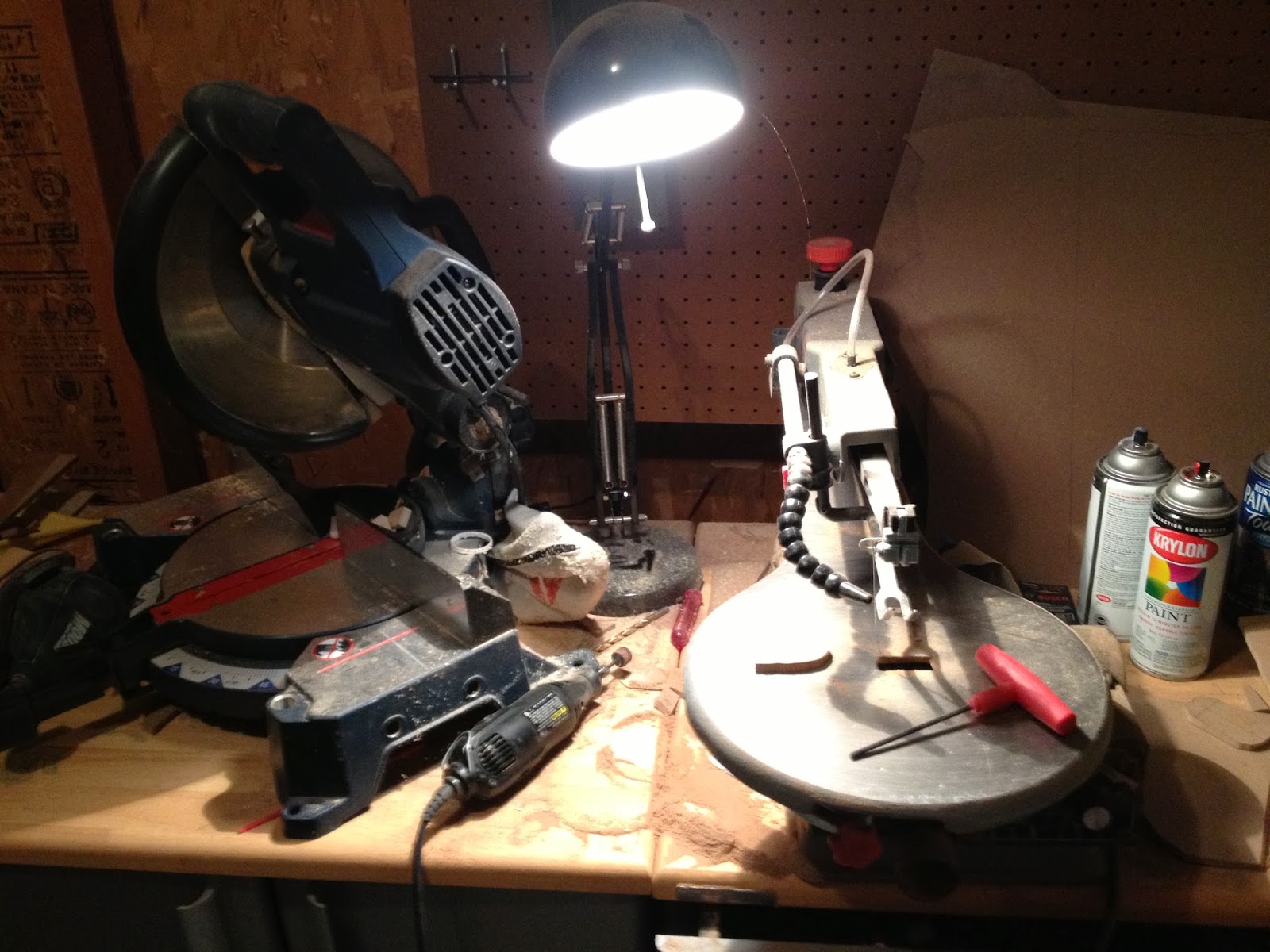 Using a scroll saw to cut the multiple panels that form the insets throughout the lower section of the body was an education I got from you tube. Thank you Scroll Saw Workshop! For months all I had to show for my efforts were a few wooden panels.

Finally, I began the assembly process. This is where I discovered the benefits of Heavy Duty Liquid Nails glue. This stuff works and quickly to join the separate MDF panels when combined with some clamps I purchased from Home Depot. Here is a shot from the assembly process. 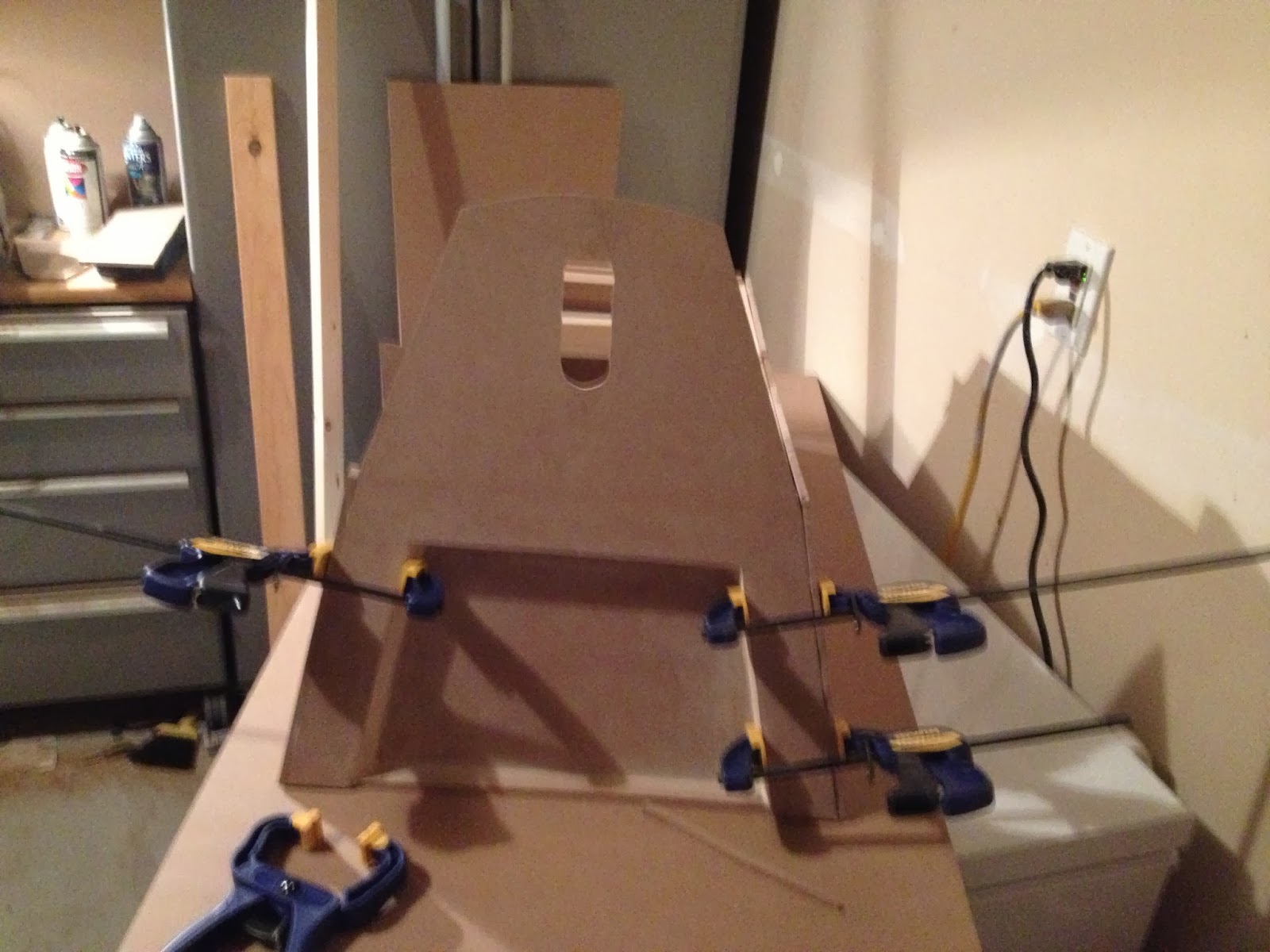 As time marched on, I started priming and sanding and things started looking up. 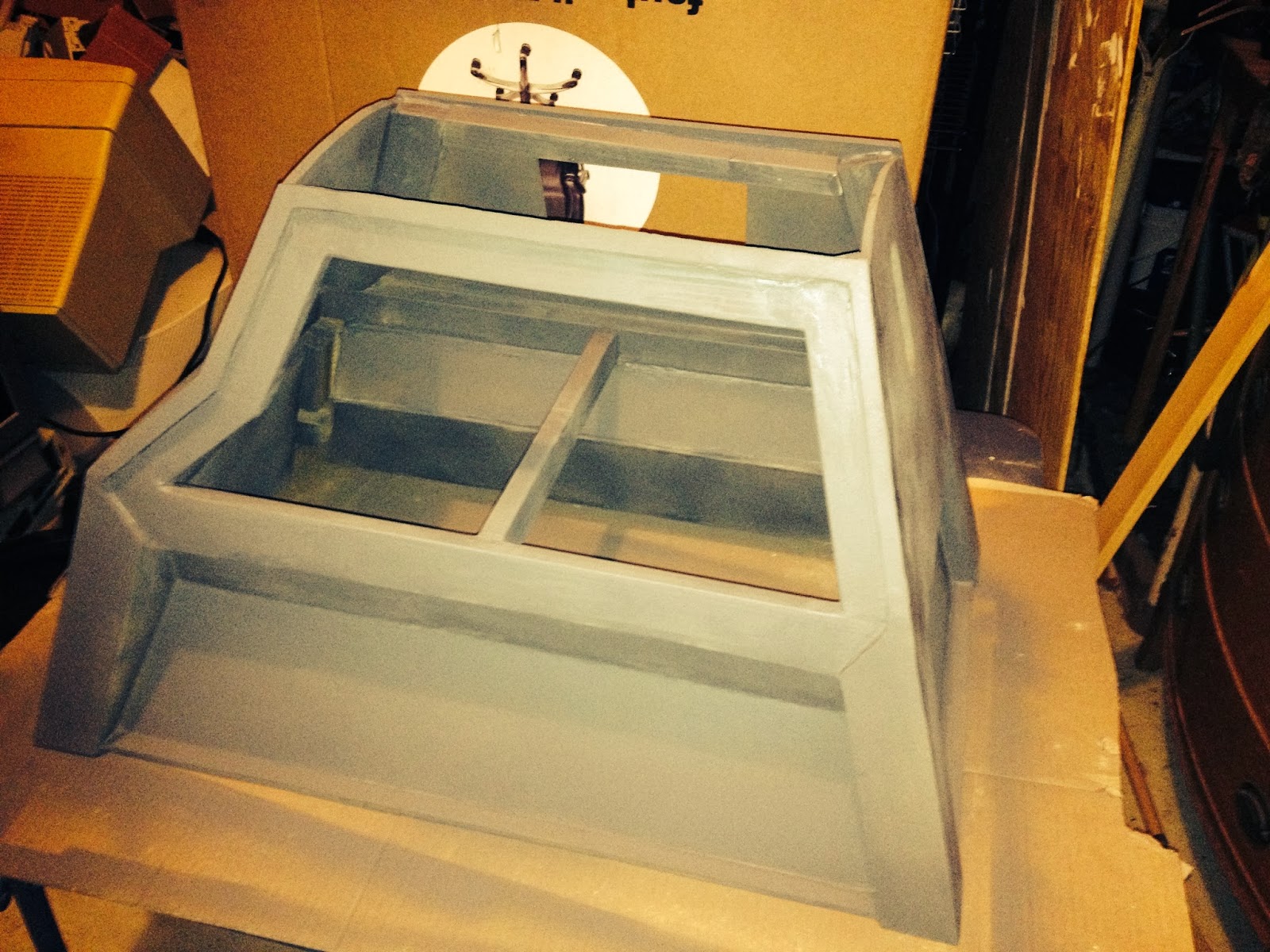 I am slowly making progress. Here is one more shot of the shell which shows the dorsal control panel. Next post I will start describing the electronic components I have been working on and show more construction shots. Progress is slow but rewarding. More to come soon.
Posted by Unknown at 10:28 PM

This is an excellent project. I have a similar project with my son but we plan to combine an Arduino and some Mindestorms components. I am a little bit worried about the size of the motors and bateries, do you think this can be moved using servos?

I would think it would all be in your choice of materials. Your overall weight will have a lot to do with overcoming your inertia. Once you get moving, far less torque will be required.

I ran into a K9 last year at Philly Comicon that was extremely light weight. I think it was made out of rigid Vinyl sheeting or something similar. I will post a picture of it here.

I used particle board and way over-speced the motors. I am more worried about totaling him in an accident, myself at this point.

Hello, i don't know if you're still here... But I need to ask you about the measures... Where did you get them from? I'm looking for them and I can't find them! I'm going crazy!
Thanks. Sorry for my bad english, I talk spanish, so, that's it.